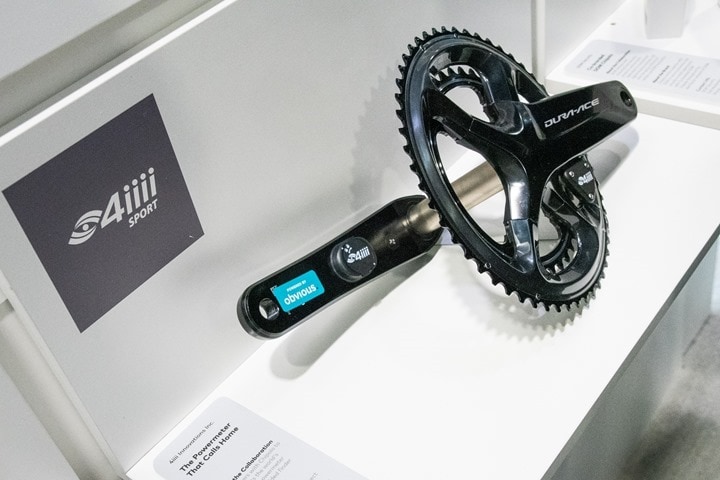 Sitting innocently enough in a booth for Tile-competitor Chipolo sits a 4iiii dual-sided power meter. To say it’s out of place in this booth at CES would be an understatement. But, it’d also be missing the point of a fascinating effort that 4iiii has undertaken: Adding theft tracking to their power meters. And it would ignore the almost more interesting work they’re doing just adjacent to that (which will has nothing to do with power meters).

First though, we need to back-up a bit. Most folks are probably familiar with Tile, TrackR, Chipolo. These companies usually sell small tracker pods that clip onto your keys or other items, enabling you to find them when you lose them. However, it’s bigger than that. With millions of consumers using these apps, they form a bit of a mesh network – allowing folks to find objects almost anywhere in the world. As long as your object passes by another person with the app loaded, it’ll show the location. The underlying technology uses Bluetooth, and most of these trackers have a range of about 60-100 feet (20-30 meters).

Of course – none of what I described in the previous paragraph is new or debatable. It’s been going on for years and is well proven to be pretty effective, assuming the thing you’ve lost is using a platform/service popular in your region.  So for example Chipolo is more popular in Europe with 1.6 million units, while Tile and Tracker are more popular in North America. Tile has sold over 10 million Tiles, and TrackR some 5+ million units. This map of New York City shows a point in time snapshot of where Tile users are: 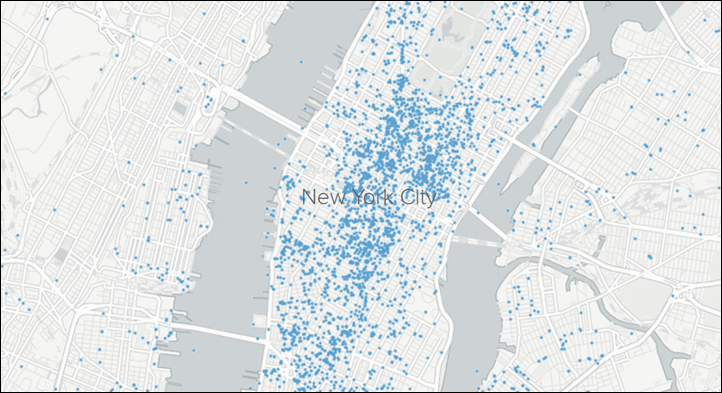 So what’s this got to do with 4iiii? Well, they’ve unveiled a bit of a concept for implementing this into their power meters. This would enable you to mark your power meter as ‘lost’, and then the next time it passes by anyone using the app on the tracking network, it’ll register a ping and show the exact location of your power meter on the map.

To the outside, the unit looks no different: 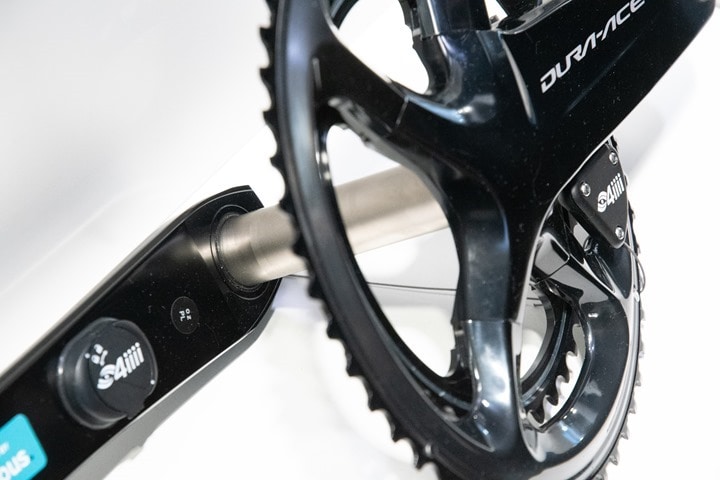 Internally, the company is leveraging the Nordic nRF52 chipsets that’s common in the vast majority of sports technology (and beyond) devices out there. It’s simply beaconing over Bluetooth Smart, with you have pre-registered your power meter in the app with the name of your choice. The name only matters to you, in the event you want to add it to your existing Chipolo/etc account: 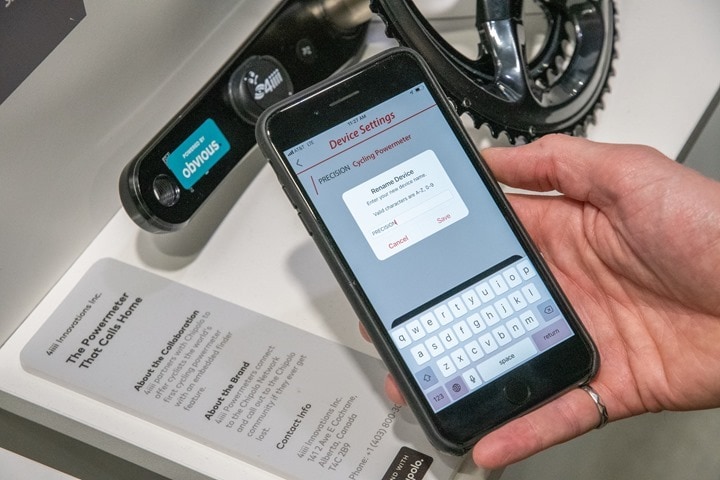 In fact, both sides (if using a dual-leg variant) are actually registered in the networks, which is even more interesting because the right side takes tools to open up the battery compartment. Not that it really matters, eventually someone will put in batteries in that power meter, and you’ll at least get that to ping somewhere.

They demonstrated this at CES using a beta version of their regular 4iiii power meter app (the same one you’d use to tweak settings or update firmware). It’s now got a new tab that allows you to mark your power meter as lost (we had renamed this one as ‘Mike’): 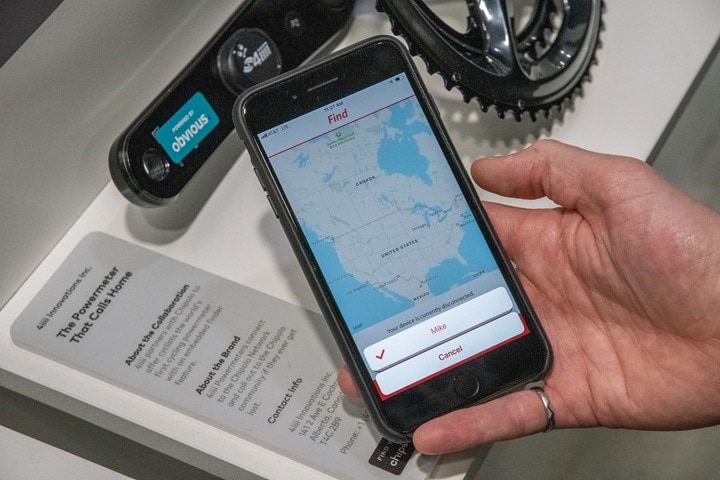 Now, the power meter is *always* beaconing (even if sitting in a garage), but doing so in a super low-power way, just like the various trackers that Chipolo or Tile sell. Meaning, it has virtually negligible power impact. Tile for example is designed to beacon for up to a year on a single coin cell battery, Chipolo even has LTE-enabled ones.

Once you’ve marked your unit as lost, you merely wait for someone with the app running in the background on their phone to see the beacon. That person doesn’t do anything, this all happens in the background automatically. You’ll then see the location on the map: 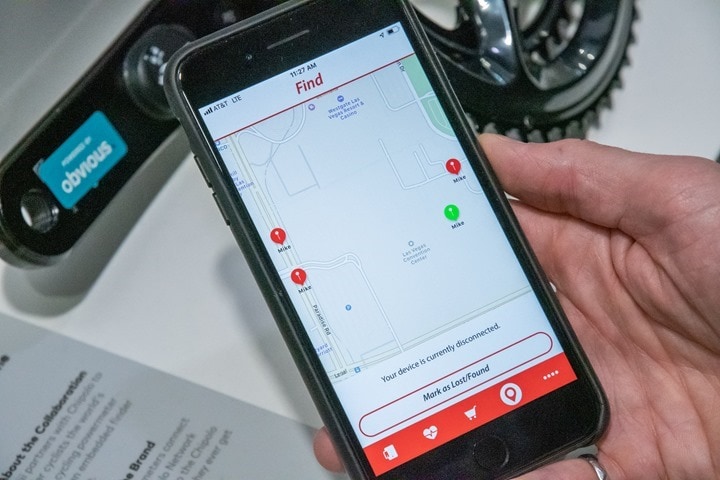 All of this within the 4iiii app. No need to go to some other app/platform/company to do this.

At this point, if your bike was indeed stolen, you’d likely contact authorities (or your favorite repo man), and get your bike back. Since most bike thieves would be unlikely to realize your bike is transmitting out from a coin-cell battery sized compartment on the crank arm – there’s actually a pretty good chance that you’d get location pings.

Here’s the full demo of it in real-time:

Note that this particular demo was done on Chipolo’s network, though there’s nothing stopping 4iiii from looking at other beacon/tracker networks. The company certainly seems to recognize this, and noted that the development work to do so isn’t huge. Given Tile is far larger in the US than Chipolo, and the opposite true in Europe, it would make sense to support multiple networks concurrently (which the company says they could certainly do). It sounds like we’ll have to wait till down the road to see how it manifests itself. 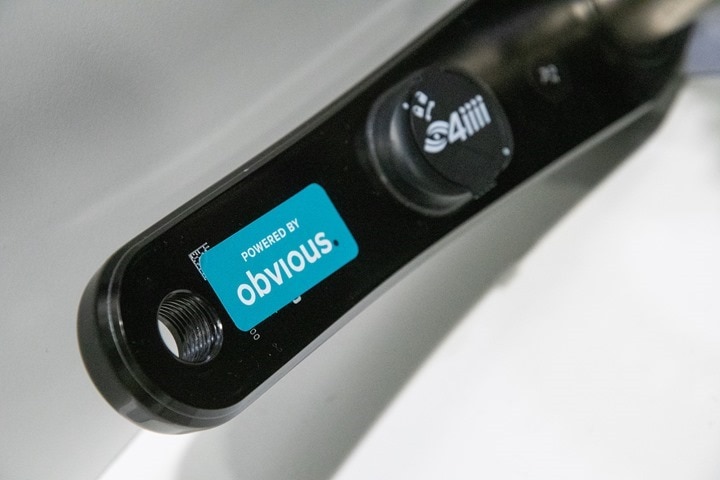 Here’s the little secret though: This isn’t about 4iiii power meters.

WTF is ‘Obvious’ you ask?

That’s the subsidiary company that 4iiii has developed to market this and other technology to other companies. See, Obvious (yes, that’s actually the name of the company, 4iiii has a special way with company names), is their software and services arm. And it’s got its sights set on more than just locating stolen power meters.

Obvious actually has two ‘products’ right now (though technically speaking A would be part of B in some cases):

A) A packaged offering that would allow a company to add the theft/lost-tracking functionalities onto any device
B) An app store for embedded devices, allowing companies to offer payment for functionality within wearable or any other device

Said more simply, the first one simply takes what you saw in the previous section and markets it to anyone out there as a service/platform. So if Ikea wanted to add it to lamps they could. Doesn’t matter the device, as long as it has compatibility chipsets in it (which, most would). The second though is more interesting. It’s partnered with Nordic Semiconductor to give companies a way to update the firmware on a given device in a secure/authenticated way, tied to a backend payment platform. 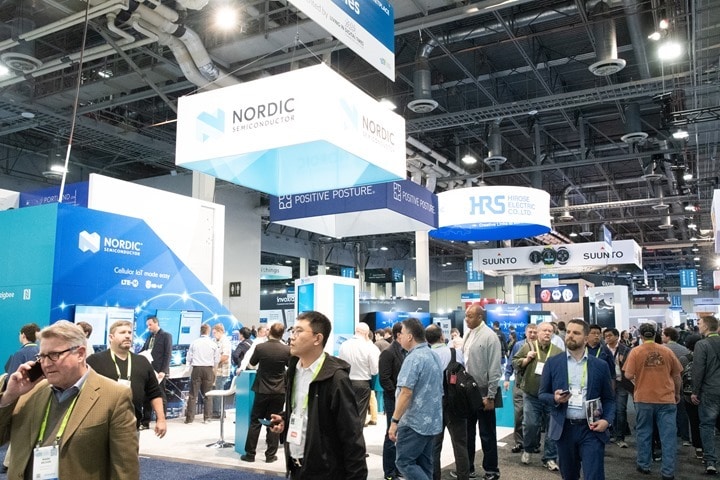 I get it, for non-geeks, this is probably as confusing as Bunny Pancake. Let me give you this fictional example:

1) You’ve got a GPS watch, but it doesn’t have the ability to show you sleep tracking
2) However, your GPS watch allows you to ‘unlock’ that feature for $4.99
3) You say great, let’s do this.
4) You go to that GPS companies website/app, and pay your $4.99
5) Your device gets a new firmware update that enables that feature after authenticating you
6) You now track your sleep

In the above scenario, Obvious is actually responsible for items 4-5.

They’ve got app plug-ins for iOS and Android that allow companies to quickly plug it into their own apps. Obvious handles all the payments and processing and messy financial overhead that companies hate.  Then, they manage the firmware updating process too. They validate that the specific unit at hand is authorized for the new feature-laden firmware, and then apply the firmware.  All of which means that you as a consumer just ‘upgraded’ your device with the same simplicity as you buy apps on an app store.

If this all sounds a bit geeky to you – that’s fine. It has no impact on your 4iiii power meter, or your experience using it. Instead, it’s about 4iiii adding another business line that could help other sport tech companies down the road.  And it sounds like they’ve already got some lined up.

I’ve long argued that paid feature unlocks would make a ton of sense in the fitness device realm (if implemented correctly). There’s plenty of other industries that do this today, so it’s hardly new. It would allow companies to standardize on (for example) a single hardware platform or set of hardware devices, and then allow the consumer to pay for the features they actually want. Effectively separating hardware from features.

The downside of course is if a company poorly implements these power, and ends up nickel and diming their customers. Realistically though that’ll be a short lived problem, since the sports tech landscape is hyper-competitive with tons of choice. Consumers will simply go elsewhere, no matter how big the player. 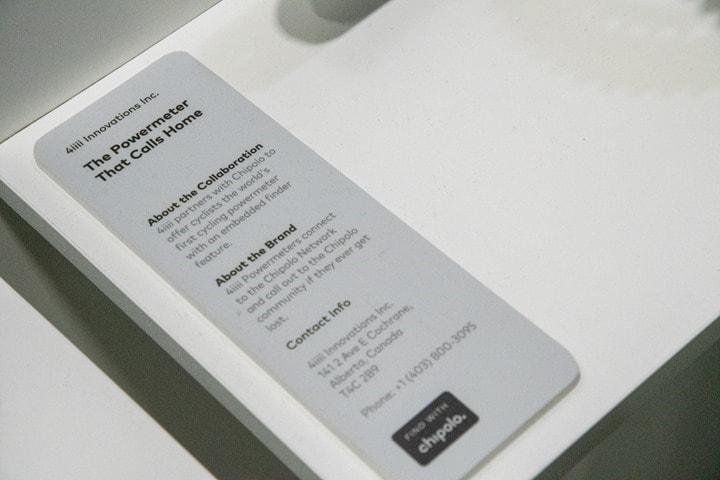 So at this point, you’re likely asking: What’s it going to cost?

And 4iiii sees this as a concept that they’re looking to bring to fruition later this spring at Sea Otter (April) on their power meters. Perhaps it’s totally free, or perhaps it’s something that has a one-time fee, or perhaps there’s a subscription service element to it. And it’s not super clear which units would be enabled either.

Either way, I think the concept is fascinating. No, this won’t stop a thief from stealing your bike (likely out of your home or perhaps while you have a coffee at a café post-ride).  But it will give you one more tool in your arsenal for getting back your bike. And I could see if you were looking at similar power meters options (for example, comparing a 4iiii unit to a Stages), this could push you over the edge towards 4iiii, especially if it was no/low cost.

Of course – the bigger play here for 4iiii (err…Obvious), is enabling this in other devices. And likely not even fitness devices, though, that has appeal as well. It’s going beyond fitness to anything that’s got value that you don’t want lost. Not to mention the entire app-store bit, which would significantly change the sports tech industry (and industries beyond it).

While it’d be easy to assume a small Canadian fitness company wouldn’t be the expected player to bring this technology to others, that’d also make the mistake of forgetting that the founder of said company is the one who developed (and then sold) ANT+ at a time when there was no other super-low power wireless tech, which now sits on tens of millions of devices. So, they do have some experience in this whole technology game.