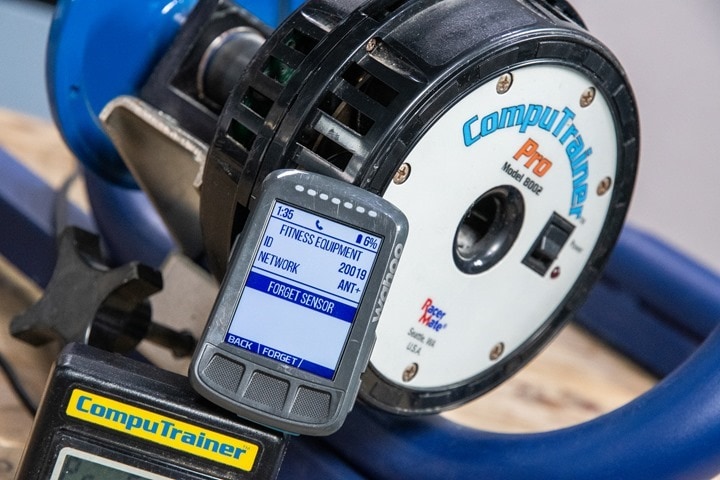 While the company is no longer in business (and still, nobody seems to know who purchased the CompuTrainer assets specifically from RacerMate), there are undoubtedly many CompuTrainers left in service out there. And aside from a handful connected with the once available Kinomap water bottle solution, all the remainder are connected a Christmas Tree’s worth of cables.

The bigger challenge for CompuTrainer users is actually using modern apps. Sure, the biggies like Zwift and TrainerRoad have long since worked out ways to control the CompuTrainer. As have a few others like Golden Cheetah and Kinomap. But for the remainder of the 20+ trainer apps and numerous head units that support ANT+ FE-C wirelessly, there’s not really a good option for interactive control (there was also CTANT, but that was only for broadcasting power).

However, for those diehards we’ve got a new solution on the (old) block: PerfPro’s CT Smart Wireless Bridge

Here’s a super quick video I put together showing how it all works:

With that, onto the more textual version. 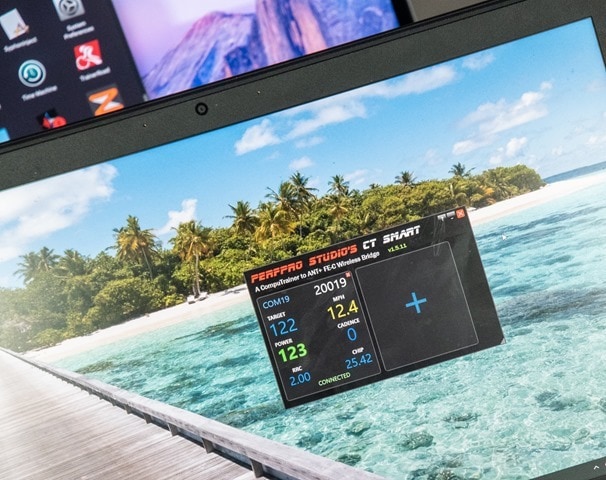 If you’re not sure if the CT Smart app will work for you, fear not – there’s a 14 day free trial you can use. That’s what I’m using for this post. Just be aware that a given session is limited to 90 minutes before you need to restart the app. Not likely an issue for most, but just an FYI.

Installing the app requires either a PC, or a Mac running parallels with Windows. So basically, you need Windows.  And of course, you’ll need all the cables and junk of your old CompuTrainer. So that means you’ll need to ensure you’ve got:

I’ll let you go now and figure out where that 3.5mm cable is. In my case, I spent 90 minutes looking for that this morning. I eventually stole one off my audio gear table. Shrug.

Once that’s all setup, go to the PerfPro download page and grab the app: 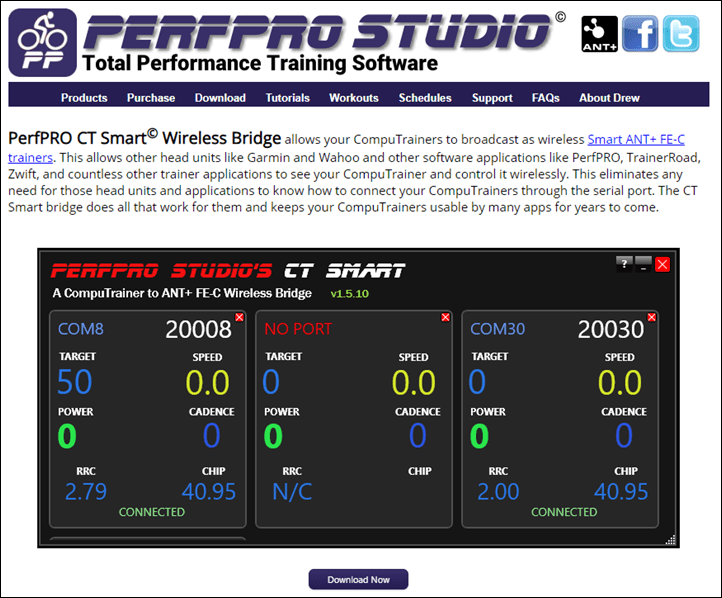 Then simply click next/next/next through the installation bits. Once you’re done, crack open the app. It’ll remind you about the trial period: 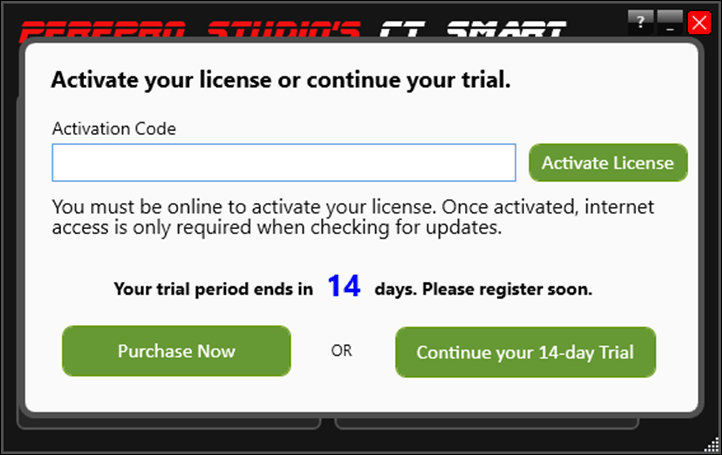 If you’ve got all your cables connected, you’ll actually see the trainer right away in the left side: 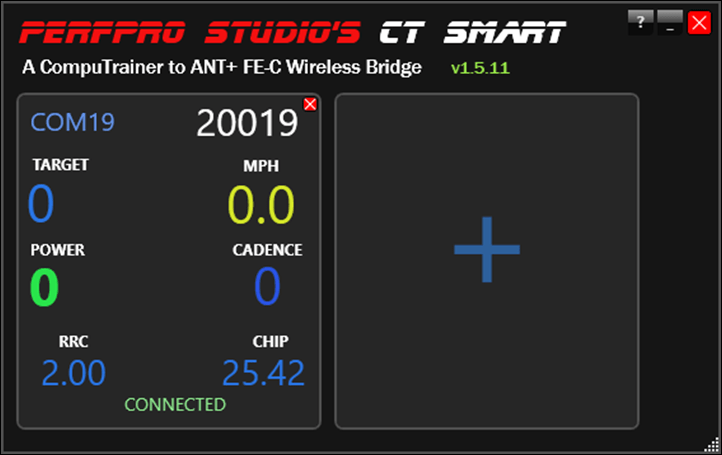 Hopefully, that’s the case. If it doesn’t show up right away, it might say ‘No Port’, click that, which in turn allows you to choose the port of your CompuTrainer. In my case, it’s 19, in yours, it may be something else. Anything. It really doesn’t matter.

Next, if you click the little ‘?’ in the upper right corner, you’ll see an option for “ANT+ Stick Info”, this is where you can validate it sees your ANT+ USB stick. 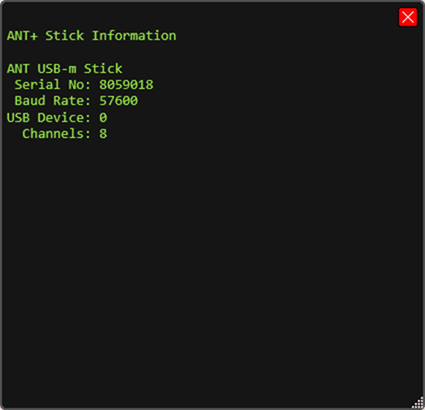 Note that only a single app can access the ANT+ USB stick. So if you’ve got something like Garmin Express on your computer, be sure to close that. Same goes for Zwift or TrainerRoad (there’s really no point in running either of those apps on this computer, since they could directly access the CompuTrainer anyway). If you do really really need that other app to have an ANT+ USB stick too, you’ll need to get another ANT+ USB stick so that CT Smart can have its own.

The CT Smart app can connect to multiple CompuTrainers, so if you’ve got a small gaggle of them, you can do that all supported by a single computer. That’s where things start to get slightly more interesting. See that number ‘20019’? That’s my new ANT+ ID for this newly christened ANT+ FE-C trainer. 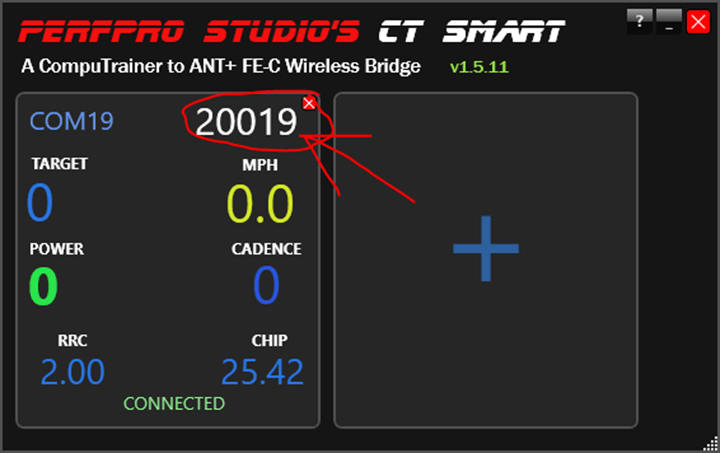 So, let’s say I take a device like the Garmin Edge or Wahoo BOLT which supports controlling ANT+ FE-C trainers (allowing you to do structured workouts or re-riding older rides). I’d go and search for the sensors like normal.  In the case of the Wahoo BOLT, it shows all ‘ANT+ Trainers’ initially as a ‘KICKR’: 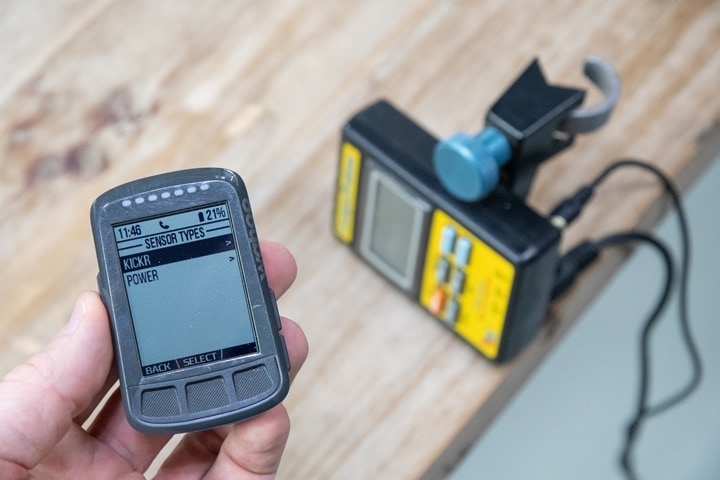 Though, once you click to add it, you’ll see it’ll show the correct ‘Fitness Equipment’ designator. 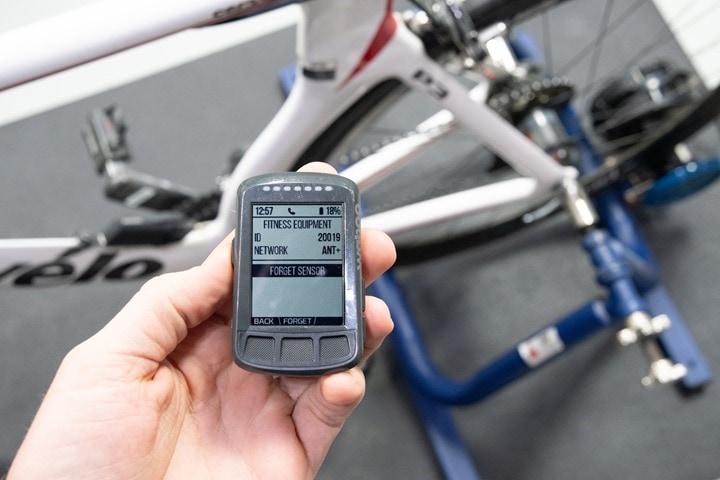 At this point, you can control your CompuTrainer just like any other ANT+ FE-C trainer. In fact, you can even trigger calibration from it (a roll-down). 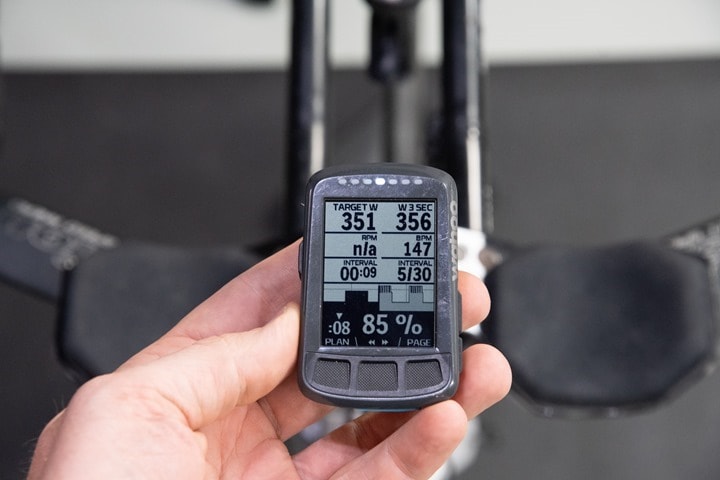 Or, it might not. Either way, it’s an option for folks. And options are good. 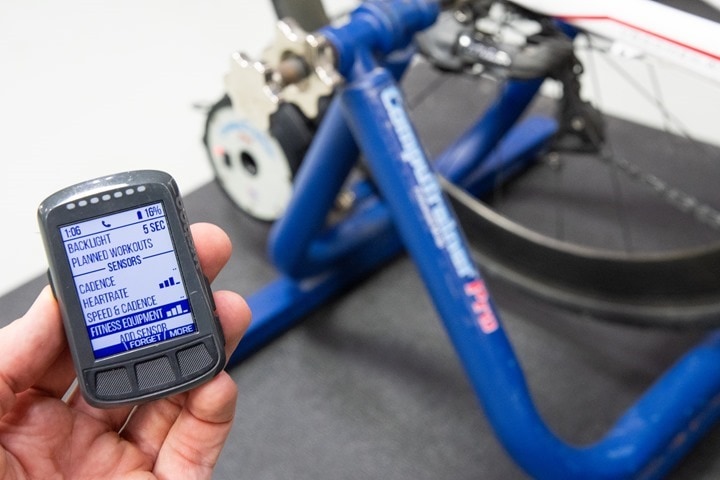 Now, while the ANT+ bits are appreciated, in this day of mostly mobile Bluetooth-focused devices controlling our trainers, we really need Bluetooth Smart FTMS (which is the equivalent of ANT+ FE-C). In talking with PerfPro about it, they’re definitely considering adding it. This would enable you to use something like Zwift on an Apple TV, or TrainerRoad on an iPad.  You’d still need to have

Of course, in a real ideal world someone would just create a small dongle that attached to the back of the CompuTrainer’s DIN port, which in turn ran something like Raspberry Pi and then had both ANT+ FE-C and FTMS on it.

But realistically, there’s likely just not enough of a market there for any sort of mass produced hardware device. By PerfPro’s estimation there were about 30,000 CompuTrainers sold (a number I’d roughly agree with). However, a fair chunk of those are likely stuffed away in attics of people that may have long since moved away from cycling. They’re collecting dust right next to Aunt Gloria’s pottery collection. Then you’ve got a subset of people (like me) who still own a CompuTrainer or two – but it’s also collecting dust, in favor of using newer trainers.

Unfortunately, that time has likely passed. Sure, if someone comes along and builds such a thing – I’m more than happy to talk about it. But I don’t see it happening, unless whoever it is that bought the CompuTrainer brand from RacerMate plans some sort of revival (which frankly, would actually be silly easy).

In the meantime – if you’ve still got a CompuTrainer kickin’ around, then this might give you what you need in certain scenarios. And even better: You don’t have to pay yet another monthly subscription fee. One time fee and it’s your forever. You know, just like the old days of the CompuTrainer.